The Supreme Court [has] agreed with Kentucky’s Attorney General that he should be allowed to defend “The 2018 Human Rights of the Child Act”.

“The justices ruled 8-1 in favor of Kentucky Attorney General Daniel Cameron, the top legal officer in the state, in his appeal of a lower court’s rejection of his request to intervene in the litigation,” wrote Andrew Chung. The lone dissenter was Justice Sonia Sotomayor. The issue before the justices was not the constitutionality of the law. The question, rather, was  whether Cameron would be allowed to intervene to defend HB 454.

[The] EMW Women’s Surgical Center [and the ACLU] immediately challenged Kentucky’s law, passed in 2018. As for Cameron’s request to be allowed to defend HB 454, “It argued that Cameron should not be able to take the case further because the state attorney general’s office previously agreed to be bound by the lower court’s final judgment and then did not pursue an appeal,” according to Chung... 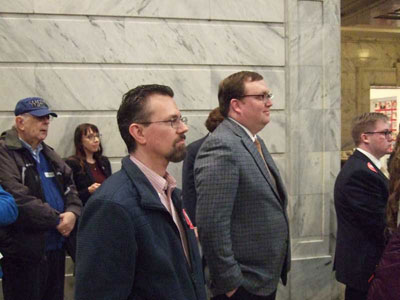