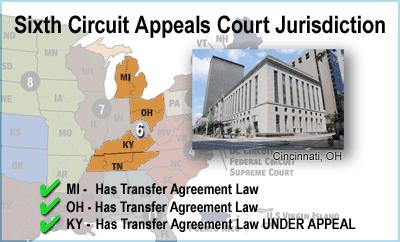 In late June we reported on the Supreme Court decision that ruled against Louisiana’s 2014 ‘Unsafe Abortion Protection Act’, the June v. Russo case.

Pro-lifers had hoped SCOTUS would require abortion clinic doctors to have admitting privileges with nearby hospitals. Instead, the Justices’ decision has caused a wave of motions by ACLU and/or abortion clinic attorneys across the country, asking courts to recognize the SCOTUS decision as pertinent to litigation or laws that are related.

To counter this aggressive effort, AG Cameron stepped forward to request that the Sixth Circuit grant his motion to defend Kentucky’s Transfer Agreement Law from Legal Challenge by ACLU, Planned Parenthood and the EMW. It was granted. This case was begun in the Bevin administration so it was necessary to update those involved.

The Appeals Court heard arguments in the case last August. We suspected it was waiting to hear what SCOTUS would say about the Louisiana case before issuing a ruling.

We remain hopeful to see our Transfer Agreement law upheld. As mentioned in previous posts, of the judges on the panel, two were appointed by President Trump. They seemed genuinely interested during the oral arguments, and even suggested good reasons for transfer agreements!

The ramifications of the June v. Russo case are many. The Guttmacher Institute, a policy arm of abortion supporters, provided a view to how it could affect the national “targeted regulation of abortion providers.”

It is strange that their chart that delineates which states have Transfer Agreements marks Kentucky’s Law as “permanently enjoined.” Of course, it is NOT. It awaits the decision of the Sixth Circuit Appeals Court.

Blog series on this website presenting various aspects of this topic include the Amici series and the License to Abort series. Use the Google search window at the top to search by words or phrases.