On New Year’s Eve, two of our pro-life supporters surprised us by offering to provide a special fundraising bonus. Any gift we receive on the first day of the year through the end of the day on Wednesday, January 4, will be doubled, if we match their $20,000 contribution.

We look to you, our members and pro-life friends, to help us raise the matching amount so that we can start 2023 in a strong position to stand for life, as we await the Kentucky Supreme Court ruling on the Trigger and Heartbeat laws. Meanwhile, we rejoice that the abortion clinics in Kentucky remain closed!

Your gift will go directly to our Education Foundation’s 1st Post-Roe Pro-Life Advocacy & Apologetics Training and will support our 2023 Youth Legacy Scholarships to be awarded in April!

If you are able to help meet the Match challenge, please donate online here or simply mail your donation to KRTL,161 Saint Matthews Ave #2, Louisville, Kentucky 40207.

Thank you so much and Happy New Year! 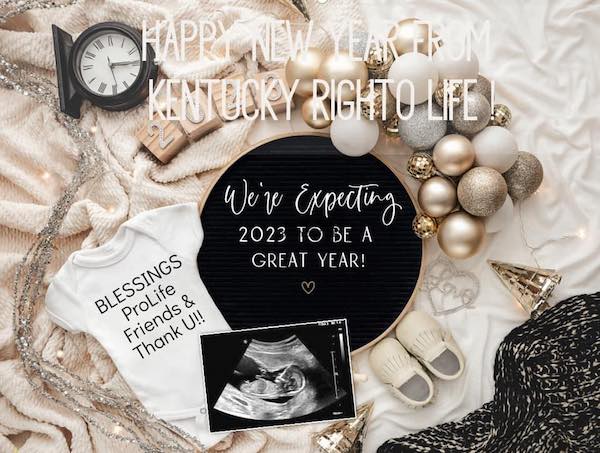 Mount St. Joseph knew the position of U.S. President Joe Biden on abortion, which even includes the destruction of the unborn with taxpayer dollars, when they extended the invitation and hosted his visit and nationally covered Town Hall, on this past Wednesday evening, July 21st.

While Kentucky Right to Life is not affiliated with any particular religious or political organization, it is our mission to advance the culture of life, rooted in the truth about the human person. The position on the sanctity of human life is not unique to Catholic Church teaching, but is held by many denominations across the globe reflecting the fact that from the earliest times, Christians sharply distinguished themselves from surrounding pagan cultures by rejecting abortion and infanticide.

It is clear where President Biden stands on this fundamental matter which is in direct opposition to the position of the Catholic Church, affirmed in its Catechism which states: “Since the first century the Church has affirmed the moral evil of every procured abortion. This teaching has not changed and remains unchangeable. Direct abortion, that is to say, abortion willed either as an end or a means, is gravely contrary to the moral law” (CCC No. 2271).

It was such a dark departure for Mount St. Joe to host the event. This institution was founded in a faith that fundamentally believes every human life, from the moment of conception until death, is sacred because the human person is made in the image and likeness of the living and holy God.

Kentucky Right to Life extends sincere appreciation to Archbishop Schnurr with the Archdiocese of Cincinnati.

“Archbishop Dennis M. Schnurr has not been contacted by any involved party about the upcoming visit of President Joseph R. Biden to Cincinnati to participate in a CNN town hall meeting at Mount St. Joseph University. Archbishop Schnurr has therefore not been asked for, nor would he have granted, his approval for any such event to occur on Catholic premises. Mount St. Joseph University operates under the sponsorship of the  Sisters of Charity of Cincinnati …”

Celebrating America… 245 years ago on July 4th in Independence Hall, the final draft of the Declaration of Independence was approved by the Continental Congress. By August 2nd, 56 men had come forward to sign the parchment. It was noted that they pledged to one another their lives, their fortunes, and their sacred honor.

They were brave. They stayed brave through all the bloodshed of the coming years. Their courage created a nation, America, built on a claim to human dignity, on the proposition that every man, woman, and child has a right to freedom, and that the colonies “of Right ought to be, Free and Independent States.”

My own Kentucky roots run deep. My family was granted land in Kentucky for their service in the Revolutionary War. Like each of you, I love our state and I love our nation, her people, her vast resources and her beauty.

As we gather for our 4th of July parades, cookouts and fireworks in celebration of our Nation’s birthday, may we each find a moment to pause and thank Almighty God for the freedom we have inherited as our birthright— the freedom that we want each and every child and our grandchildren to inherit as their birthright— the right to LIFE, Liberty and the Pursuit of Happiness. 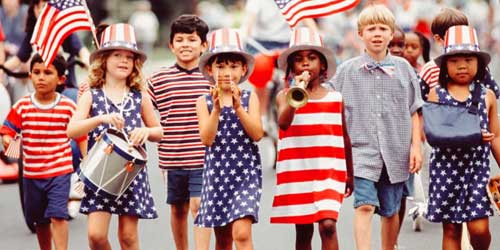 Serving as your director of Kentucky Right to Life, I take comfort in knowing you are there to support us in the battle to defend the dignity, value, and the freedoms of the most vulnerable of our cherished citizens — from conception to natural death.

Thank you and God bless each of you and your families! May God bless America.