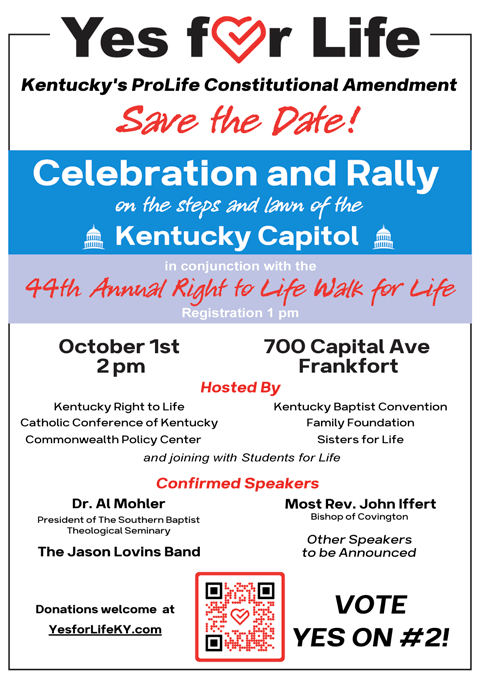 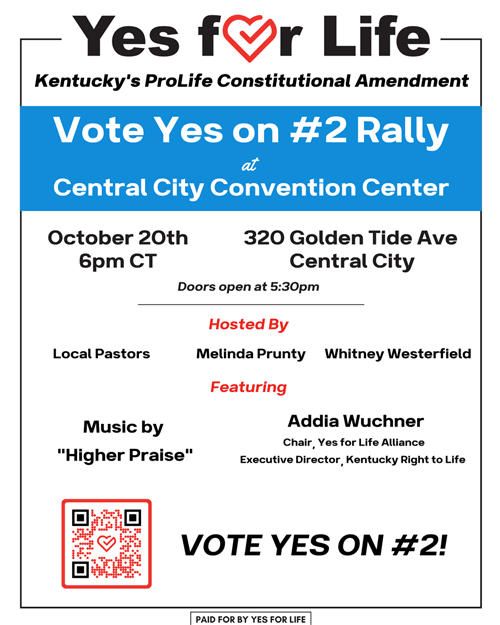 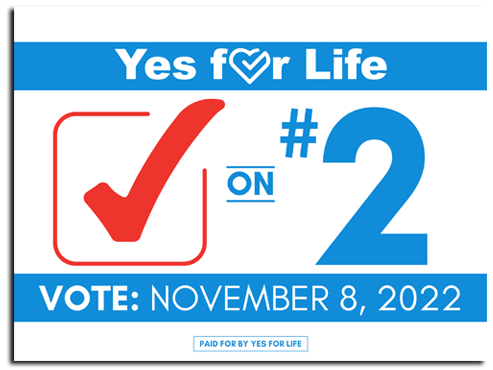 Sen. Whitney Westerfield, its sponsor, noted in an address to the House Judiciary Committee on March 11 that SB9 is not tailored to abortion but covers any child born alive in any circumstance.

SB9 will
1. Help parents whose child is born prematurely and may not receive care in some hospitals due to a policy not to treat babies under a certain age due to their prospects for survival, and
2. Help babies born with birth defects, disabilities, or who are unwanted for any reason by their parent(s), to survive by means of nourishment and medically appropriate care.

Some discussion ensued in the committee hearing. You can hear the debate here. Start the video at about 1 hour 18 min.

On the national level, the Born-Alive Abortion Survivors Protection Act pertains to infants who survive a late-term abortion. The bill would amend existing U.S. law enacted in 2002 which focused on defining the born-alive baby as a person: the words "person," "human being," "child," and "individual" shall include every infant member of the species homo sapiens who is born alive (as defined in this Act) at any stage of development. (official summary) . This was to address the fact that some (all?) abortion providers did not view their victims as legal persons.

The updated Act is to “prohibit a health care practitioner from failing to exercise the proper degree of care in the case of a child who survives an abortion or attempted abortion.” It was introduced by Tenn. Sen. Marsha Blackburn on Dec. 21, 2017, and passed the House but has yet to pass the Senate.

The national bill also applies the existing penalties of 18 U.S.C. Sec. 1111 (the federal murder statute) to anyone who performs “an overt act that kills a child born alive.” This would pertain, for example, to an abortion clinic staff person who dissects a breathing born-alive infant in order to harvest an intact liver, or to an abortionist who ends a born-alive baby’s whimpers with a sharp blow to the skull, or by snipping the spine.

Today, medical technology can keep alive an infant born as early as 19 weeks, so the 2002 Law has bearing on many current births as its language does not specify abortion as a condition of the scenario, though at the time it was understood in that construct.

Statistics show the second-trimester birth usually results in a child growing up with serious health problems. This would in part be because some hospitals lack the expertise and equipment for the early ‘preemie.’

Kentucky’s SB9 recognizes that current medical technology can keep alive second-trimester babies who may develop as healthy infants (with major assistance from medical providers), and that there are people willing to adopt these little ones if the parent(s) is/are not able to accept the responsibility.

It could encourage an initiative to focus resources in one medical center for mothers-to-be when preterm birth is anticipated.

There are many who point out that the state should not intervene in decisions that are complex and best made by physicians and parents. The Right to Life standard has consistently been “Always to care, never to kill.”

By acknowledging viability at a stage when some pre-born babies in Kentucky are aborted, we may be entering into a new legal controversy. We should never dread or fear new challenges to life issues; we do, of course, feel anxiety at the prospect of more ill-will and lawsuits.

The war to uphold the value of human life and to end elective abortion sometimes opens on a new front where terms must be redefined. ‘Viability’ has changed since 1973 when Roe v Wade referred to an obstetrics document that stated ‘attainment of fetal weight of 1000 grams or fetal age of approximately 28 weeks is widely used as the criterion of viability.’ (ref)

We applaud our pro-life legislators for passing SB9 and sending it to Gov. Beshear for his signature.

The four bills that were introduced by Kentucky’s Pro-life Caucus on January 10 ALL passed the current legislative session. We know our Governor will sign them all!

SB 227, introduced on Feb. 15 to protect Born Alive Infants, did not make it to the finish line. We hope this bill will be re-introduced next year.

How does it feel to live in a pro-life state? Wonderful! What relief we pro-lifers feel (!), knowing that the majority of our legislators have the deepest concern for pre-born babies. Perhaps there are many things in your community and state that you would like to see changed, but at least we do have respect for life. The majority of us are holding firm that our U.S. Constitution means what it says about our Right to Life.

The bills, SB 9, the “heartbeat bill”; SB 50, abortion pill reporting requirements AND the doctor must explain the Abortion Pill Reversal Pill to the client; HB 5, no abortion for discriminatory reasons based on sex, race, color, national origin or disability; and HB 148, to end abortion if and when Roe v. Wade is overturned by SCOTUS— ALL had bipartisan support. That is further proof that Kentucky is, in the main, PRO-LIFE.

Will Kentucky be the first state NOT to have an abortion clinic? There is national speculation about that. With the ACLU challenges to our pro-life laws and bills not yet signed into law, we can’t say.

We can’t rest on our laurels but we can enjoy the moment. Today, we are passionately grateful and taking the day off. (But we are in the office!)

Enjoy the full testimony of Abby Johnson at the Public Protection Committee hearing. 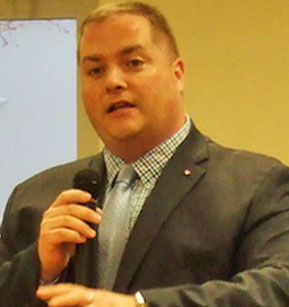 On. Feb.15 Sen. Whitney Westerfied introduced a bill, SB 227, to protect infants born alive, a hot topic in our nation following the passage of very aggressive abortion legislation in New York. The text, in part, reads: